Reba McEntire - Have I Got A Deal For You 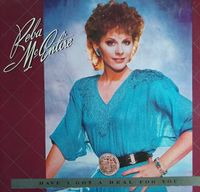 In this week's episode we're traveling back to the mid-80s and remembering the two year, two album period where Reba McEntire could have staked her claim as the pre-eminent female voice of country's new traditional movement. Our feature album this week is 1985's "Have I Got A Deal For You", which continued Reba's sensational start for MCA Records (following up "My Kind Of Country" (1984)). Speaking of that period in her career in a later interview, Reba said: "I wanted steel guitar. I wanted fiddle. I didn’t want the orchestra coming in and playing on my songs. I wanted more country songs." And a move from Mercury to MCA saw that desire come to fruition - albums with well-selected songs dripping with steel guitar from Weldon Myrick and playful fiddle licks from fiddle maestro Johnny Gimble were hallmarks of Reba's material at this stage. As the new traditional movement really kicked into gear, however, McEntire's sound drifted further towards the pop charts and by the end of the decade 1985's "Have I Got A Deal For You" was ancient history. But what a history - let's explore!